How do you want to die? 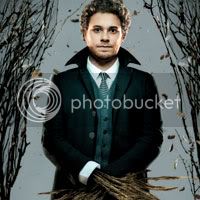 Maxim Magazine said:
So how will it all end?
I drown in a pool of beer while engaging in autoerotic asphyxiation and having a massive heart attack due to the millions of delicious things I’ve eaten throughout my long, inspirational life. The same way Gandhi died.

What was the best moment of your life? The worst?
Same moment: My first hand job.

Name one thing you’re glad you’ll never have to do again.
Put on socks. I hate it. In heaven people always seem to be in an open-toed sandal.

What did you spend the most money on while on Earth?
I spent all my bar mitzvah money on Magic: The Gathering cards. If I had a time machine, I’d go back to my young self and hand-deliver a beat-down brutal enough to deter such behavior.

The wildest thing you did?
Whitewater rafting. Either that or the time I hunted a man for sport.

Any longstanding lies you’d like to clear up?
I’d tell my parents that people didn’t keep entrusting me with their drugs in high school, as if I were a Swiss bank for contraband. If anything, I got people to hold my stuff. You can only fit so much in a bedroom drawer.

You get to come back and spy on someone who’s still alive. Who’ll it be?
I’d spy on whoever moved into my house—to see where they put the TV and if it’s better than where I put it.

Who would you like to slug?
Steven Seagal, so I can say I beat up the single toughest, awesomest man ever to grace this twirling little marble we call Earth.

Your biggest regret?
I never ate the worm. I don’t know what it means, but those people with the I ATE THE WORM T-shirts seem so damn proud.

Describe your funeral.
Anybody who’s seen the Ewok celebration at the end of Jedi knows exactly what I’m picturing.

Write your own epitaph.
“Seth did not know what ‘epitaph’ meant, so he decided to just talk about himself in the third person.”

Any items in your casket?
A shovel and a flashlight, in case there’s been a mistake. I’m a heavy sleeper.

It's funnier because you can picture dude's voice in your head when you read it.

Ice said:
In bed with Adam?
Click to expand...

thee great one said:
But dying has an intention of you.
Click to expand...

Death is a mug's game.

I'll have no part of it.

You're probably all go along with it and die. But that's because you're all stupid.

thee great one said:
But dying has an intention of you.
Click to expand...

You're current location of Iraq, England not only expresses your death wish, but guarantees you an Hilarity Award from the Grave.
You must log in or register to reply here.
Share:
Reddit Pinterest Tumblr WhatsApp Email Link