Earth-66 - Batman 1966 Timeline Timeline Reasoning Codename: Action takes place in 1965 according to the Green Hornet wiki. It's not a solid placement, though, and I didn't spot any date claiming such, but there's nothing contradicting it I guess. The Batmobile has a manufacturing date of 1966...
www.thecomicboard.com
Last edited: Dec 16, 2022

In the WW 77 comic (issue #4) - Cathy Lee Crosby's WW is part of this universe as an imposter. 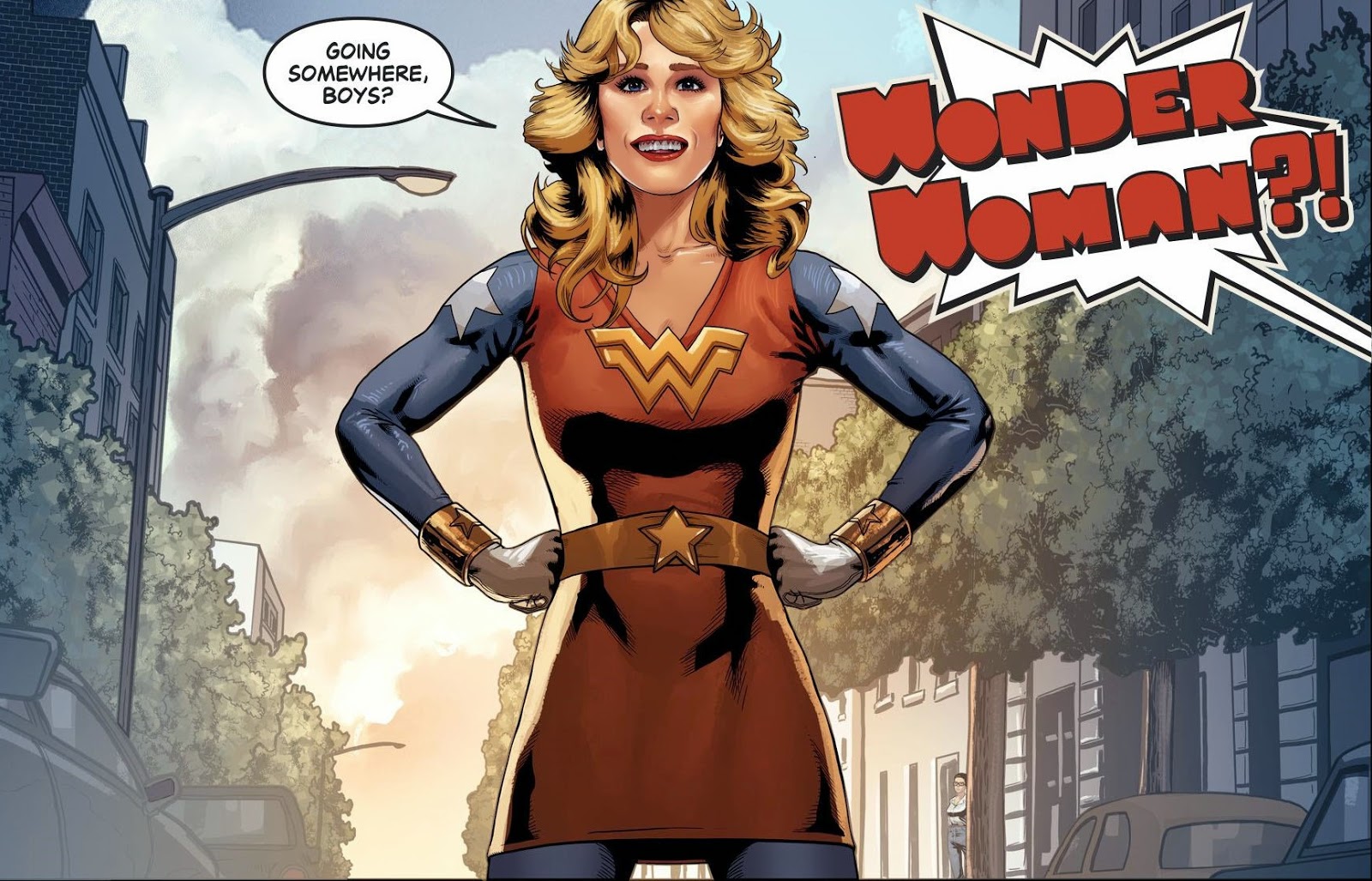 selfishmisery said:
In the WW 77 comic (issue #4) - Cathy Lee Crosby's WW is part of this universe as an imposter.

I should probably update this sometime...

I don't want to include those shows, and I don't think I will, but it does seem as if they are intended to be canon to the comic, and so you could include that franchise as Earth-76 in your head if you want to.
Last edited: Dec 8, 2021