All Im getting is this: 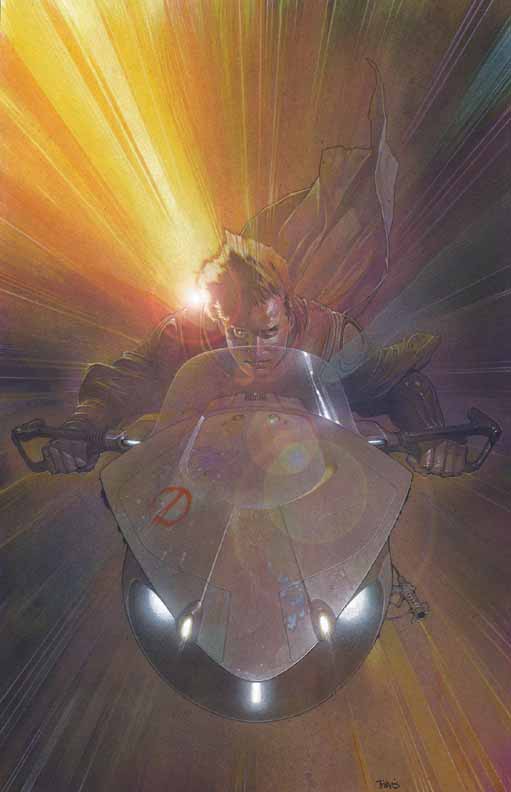 Life in the Jedi Order isn't supposed to be easy. It's a culture of strict discipline, hard work, and self-control, and only the galaxy's brightest and most gifted graduate to the Order's upper echelon of Knights and Masters. This is a dilemma padawan Zayne Carrick has faced most of his life, knowing that he might not possess the smarts or abilities needed to rise above his station--it's a problem further compounded by his being accused of murder and put on the run, his former friends and allies out to get him, and the alien con man he's chained to doing everything he can to shake the young Jedi. But there are greater forces at work and Zayne's about to learn that the will of the Force moves in mysterious ways.

Cover is so beautiful.

I'll be grabbing all the Conan goodies that month.

Holy crap someone put up a Non-DC/Mavel solicits page!

Oh man, didn't see that one. I'll be getting that, too.

Ok, that cover in the first post is actually the cover for the flip book.

The first one is way better.

ProjectX2 said:
The first one is way better.
Click to expand...

Agreed. It's done and colored better.
You must log in or register to reply here.