Disney/Pixar comics (and the Muppets!)

As you may know, Boom Studios (or is it BOOM!?) has started a new line of comics based on Disney, Pixar and Muppet properties. The Incredibles and Muppet Show ones came out this week and they're really fun. In the back, they showed the complete line: 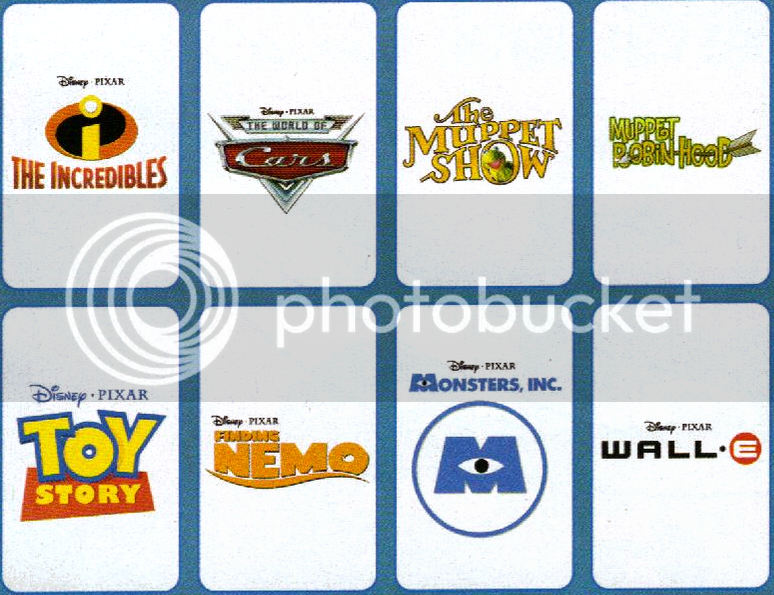 Who else is going to pick them up? They're neat and probably perfect for kids.

I will try to give some a shot. I know I definitely want to check out Toy Story for sure.

The Incredibles: Family Matters #1
The first pages involve a robotic time traveller arriving at the Metroville Zoo in modern day with a dinosaur army and gorilladactyls. Default win. Mark Waid's a great writer and he's perfect for these characters especially since he sort of tried it with his short run on The Flash recently. Perfect art too.

The Muppet Show #1
This was really funny. Stadler and Waldorf were great as always.

Stadler - "A Muppet Show comic book! Oh no, they're back to corrupt a whole new medium!"
Waldorf - "Why's it called a medium?"
Stadler - "'Cause it's rarely well done!"

I've downloaded the Muppet one, will read now.

projectx2 said:
stadler - "a muppet show comic book! Oh no, they're back to corrupt a whole new medium!"
waldorf - "why's it called a medium?"
stadler - "'cause it's rarely well done!"
Click to expand...

I flipped through an issue of the Incredibles.

So
Helen
is behind the loss of Bob's powers? Soap opera!

I didn't know this thread was here! I'm keeping up on the Muppet Show book and it's great. I missed the first couple of issues of Toy Story so I need to go back and get those. I will be getting the collected editions when they come out.

Every single one is great. The Muppet Show Comic is the best, but the new Muppet Sherlock Holmes is hilariously clever. Here's the 1st page of issue #1: 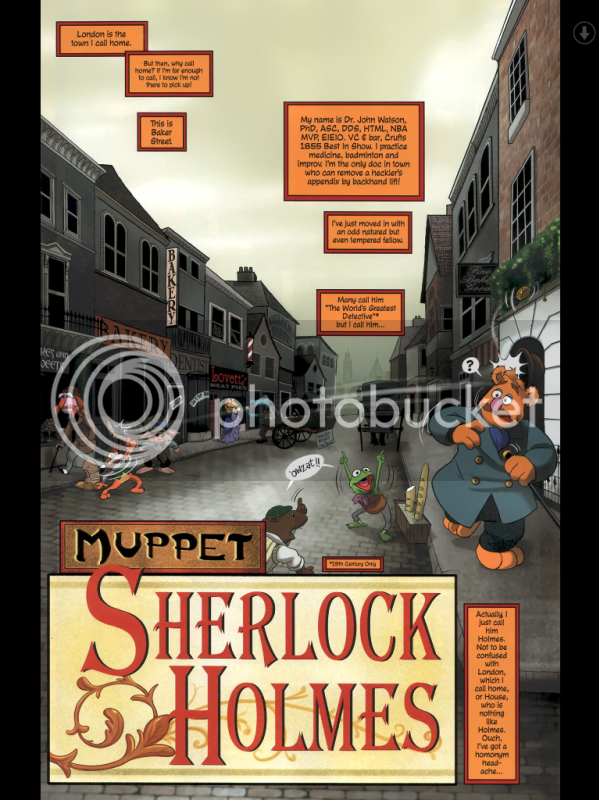 I buy almost all of these comics for my siblings (and myself). They're the best (the comics). But I really hope this doesn't mean all the Disney books will be going away because of the Marvel deal. If that happens, I will hate Marvel forever.

I should pick these up.

They make these so quickly I am already three years behind.

ultimatedjf said:
I buy almost all of these comics for my siblings (and myself). They're the best (the comics). But I really hope this doesn't mean all the Disney books will be going away because of the Marvel deal. If that happens, I will hate Marvel forever.
Click to expand...

If they were able to produce them with the same tone and whatnot I wouldn't have a problem with it. But Marvel can hardly be trusted to do that. Maybe if Disney gets more involved they will. Dunno. But it doesn't make sense for Disney to publish with another studio when they own their own.


Bass said:
I should pick these up.
Click to expand...


You should! I thought you were already reading some of them.

I downloaded a couple of issues, loved them, but forgot to pick them up. :?

Publishing | The remaining licensed Muppets and Pixar titles from BOOM! Studios have been listed as “canceled by Previews.” In response to inquiries, the publisher pointed to the teaser for “BOOM! Kids 2.0,” the relaunch of its kids imprint announced in September. Rumors that BOOM! had lost the Muppets/Pixar licenses began swirling in late November, following Roger Langridge’s announcement that he would no longer be drawing The Muppet Show. The publisher’s relaunched kids line will include such Disney licenses as Darkwing Duck, and reprints of Mickey Mouse, Uncle Scrooge and Walt Disney’s Comics and Stories.
Click to expand...

If this is sales-related, then I just have to say screw you, comic-buying community. You guys buy garbage like Siege and the current Daredevil and good books get the shaft. I hate all of you.

Resisting the urge to burn all my comics and close the site.

I hear ya. Langridge's wonderful THOR THE MIGHTY AVENGER got cancelled at #8 because of a lack of sales. His MUPPET SHOW stuff was terrific.

Right. To hell with everything.

I went into my LCS and asked for him to get me THE MUPPET SHOW trade and he said, "I can't. It's not allowed to be sold in England." BOOM Studios only has the license to sell Muppet stuff in the USA and a different company owns the UK distribution rights.

Of course, if you ask nicely, someone over here might be willing to pick up copies and ship them to you. They really aren't expensive.

BAH! I shall pick them up next time I'm in the US! TAKE THAT LICENSING PEOPLE! (Plus, it gives me a reason not to fill my house with more unread comics. The pain.)
You must log in or register to reply here.
Share:
Reddit Pinterest Tumblr WhatsApp Email Share Link