Balykkk said:
What about "Star Lord vs Modok" short?
Click to expand...

That is part of the collection of shorts edited together (on iTunes and Amazon Video) as Guardians of the Galaxy 2x03, "Pick Up the Pieces".

Guardians of the Galaxy 1x13, "Won't Get Fooled Again" is listed here as occuring on October 31st of 2010. Is it just because it's Halloween special? Trick-or-Treat mentioned a lot and there are some appropriate visuals but no actual confirmation that events are happening on Halloween. I would even say that Quill not saying something like "BTW, there's is this Earth holiday currently happening" specifically points to events not occuring on halloween.
Also StarLord knows about his father being the King of Spartax, so it's after Asgard War two-parter.
Last edited: Jul 25, 2018

I'll explain the massive changes I did for 2009-2011 later. I just had enough time to fix that and type this out before I work on other things.
Y

I spent a month watching through all this stuff. Marvel's Spider-Man and Guardians of the Galaxy are a separate earth from the other shows. Those two have directly crossed over and massively contradict the rest.

YuMoHo said:
I spent a month watching through all this stuff. Marvel's Spider-Man and Guardians of the Galaxy are a separate earth from the other shows. Those two have directly crossed over and massively contradict the rest.
Click to expand...

Which is why I think putting it on a Counter-Earth may be our best bet for these contradictions. GotG also went to the effort to get Nova and his USM voice actor back for season two and throw in a Hulk and the Agents of SMASH easter egg in season three.

I've brought up these up in question to Kevin Burke, who normally answers my Marvel Animated related questions, and if Marvel's Spider-Man retconned USM out of continuity or if it's set on a Counter-Earth.
That is the only question of mine he's never answered. Not even a #nospoilers, I guess not to make it clear just yet. Who knows?

But lastly, I've been reading some of those tie-in comics for Ultimate Spider-Man and Avengers Assemble that are slowly making their way towards the States. There are a surprising amount of solid, somewhat-specific connections to Avengers: Earth's Mightiest Heroes. Plus, the fact that the GotG show chose to adapt Adam Warlock and Phylla-Vel out of the many other Guardians team members from the comics leads me to think that Marvel still considers elements, if not most of, Earth-8096 content canon; but can retcon or put a 'spin' on some stuff if the writers so choose.

Not to brag, but I think I've contributed in some way to people paying much more attention to the continuity of these animated shows. It's caught on, and from what I've noticed people with really good memories are pointing out every contradiction in each new episode that comes out. Call me crazy, but Marvel has to be noticing this by now, even if these shows are already so far into production right now.

Me restructuring the timeline has mainly to do with this oddly specific "Fall 2010" date seen towards the beginning MSM's first season. 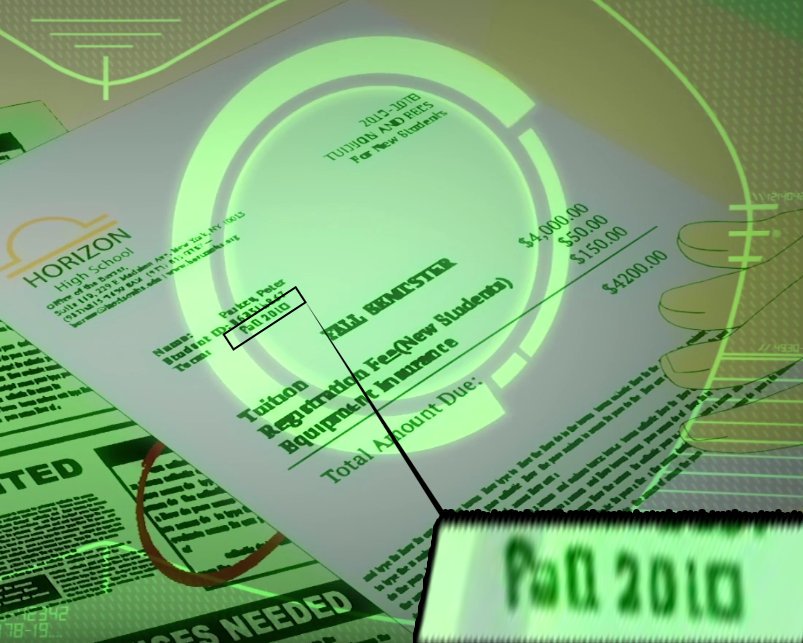 And trying to restructure Guardians to fit around that.
Last edited: Aug 16, 2018

I just got a lengthy answer on Twitter from Harrison Wilcox, who's part of the Marvel Animation creative team, about continuity among their animated properties.

Ok, let me try. I spent a little time on this question with the writers while working on Marvel’s Avengers Black Panther’s Quest (Premiere 9/23, this Sunday on Disney XD). I think that like with the comics, some stuff should be open for interpretation. It's up to the reader or the viewer to decide how it fits best in his or her head. That’s always been part of the fun for me as a comic book fan. If it works best for you that each show has its own continuity and that each animated series is an adaptation of the comic book material in its own right, with shared elements across shows, then that’s perfectly legit. If you believe each show is in a shared continuity and you have a particular way that all those puzzle pieces fit together, then go with that! The essentials of who Marvel characters are, that all comes from publishing, and that really doesn’t change very much. But the visuals and designs do change in animation just like they do in publishing when a new artist comics on a book.

Now all that being said, having been in story summits for all the animated shows, this is the way that I PERSONALLY look at it. Ultimate Spider-Man, Hulk Agents of SMASH, Avengers Assemble S1, S2, Ultron Revolution, and Secret Wars all live and work together for me. And Guardians of the Galaxy, Marvel’s Spider-Man, and Black Panther’s Quest all live and work together for me. But that’s not to say that a very close version of the storylines that happened on Avengers Assemble aren’t still viable on Black Panther’s Quest. For example, on Black Panther’s Quest we’ll be continuing the Whitney Frost/Hawkeye storyline we started during the Season 4 Halloween Special. Black Panther’s Quest may live in a different continuity for me from Avengers Secret Wars, but that doesn’t mean that that story, or a very close version of that story, didn’t happen in both continuities.

Here’s the fun part…in the last season on Avenger’s Secret Wars, Beyonder brought worlds and realities and continuities together but when the heroes won, maybe all the pieces didn’t get put back together the exact same way???

Short version: make your own theory, put the puzzle pieces together the way you want to, don’t let anyone tell you are wrong, and have fun with it! And check out Marvel’s Avengers Black Panther’s Quest on Disney XD this Sunday!
Click to expand...

This is very interesting.

Now, the two middle paragraphs are how HE personally feels. I don't know if that means we'll be seeing Horizon High or a mention of it in Black Panther's Quest (which I hope won't happen...) but all in all, he says everything is interpretative based on how FANS can make it fit together.

So nothing really confirming either way, but I appreciate his answer.
Last edited: Sep 21, 2018

Why I placed Marvel Rising in March/April: 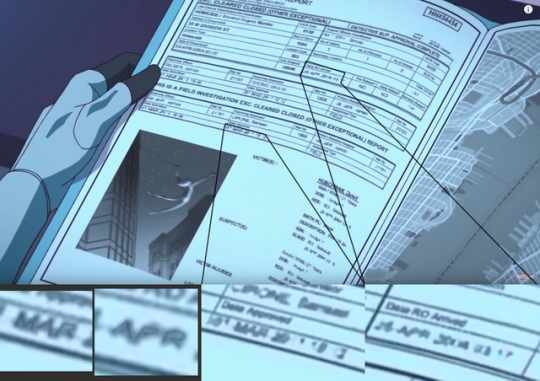 Although I'm somewhat doubting it's place in continuity, unless something massive contradicts the MAU canon, it's staying up based on the fact that Marvel has already made a vast majority of their current animated output in the same universe.

Since the second half of the Avengers Assemble Infinite Comics are set during a "Spring Break" period, which normally lasts from late-February to March or April, I've moved it to said months.

As for the "Science Fair" shorts for Ant-Man (which I'm unsure if it's really MAU canon, but then again it mentioned the Masters of Evil), I moved that to November since I learned that Science Fair competitions are normally held that month.

I've corrected it now. Thank you.

Time to move Black Panther's Quest to the other Earth...Once I figure out a decent place to put it.

What is wrong with them in terms of continuity? If their excuse is that kids don't care, then they aren't giving them enough credit.

Reminds me of Tina Minoru in the Marvel Cinematic Universe (Earth-199999). I take them as the same person there. Maybe they're sisters though?
Last edited: Jan 4, 2019

Pro Bot said:
What is wrong with them in terms of continuity? If their excuse is that kids don't care, then they aren't giving them enough credit.

Reminds me of Tina Minoru in the Marvel Cinematic Universe (Earth-199999). I take them as the same person there. Maybe they're sisters though?
Click to expand...

Which is interesting because they're putting full episodes of Ultimate Spider-Man on their Marvel HQ channel....

The continuity is fast and loose ("Flexible").

Looking back on Harrison Wilcox said about The Beyonder possibly bringing worlds/continuities together ( https://twitter.com/harrisonwilcox/status/1043263108616052736 ) , and fact that there is solidified continuity to the previous seasons regardless of this MSM mishap, I'm going just to assume for the sake of this timeline:

A.) Horizon High, MSM Spidey and MSM Vulture (maybe even numerous other MSM characters) were brought over to the 'main' Earth somehow; through not only space but time especially, depending on how the rest of MSM goes.
B.) Both Spideys co-exist but the USM Spider-Man has moved on with his life and superhero duties and MSM Spidey is practically taking his place.

There's NO other way I could figure this out, logistically.

I was gonna ask about Disney Infinity, but looking at previous comments, nah.

Avengers: Black Panther's Quest is Avengers Assemble season 5. Why is it listed like another series?

Pro Bot said:
Avengers: Black Panther's Quest is Avengers Assemble season 5. Why is it listed like another series?
Click to expand...

Just as a precaution.

Guessing it being Counter Earth?