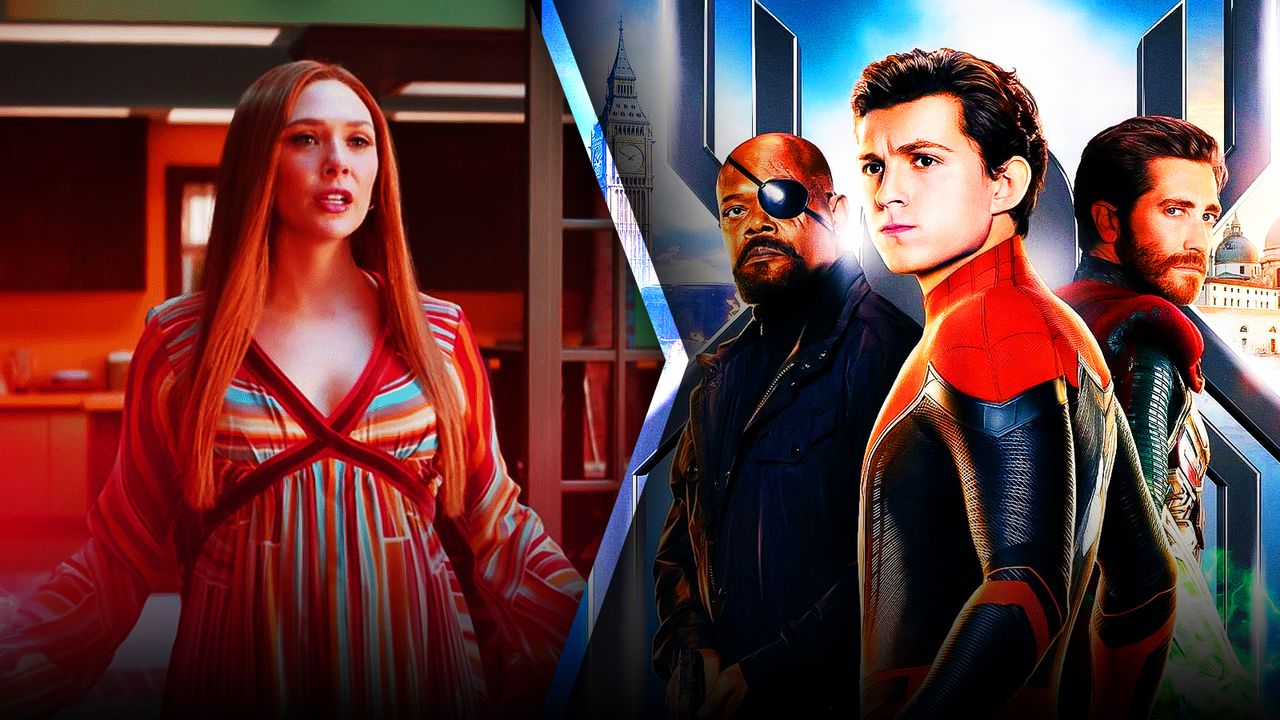 WandaVision's fourth episode revealed that the series takes place between Avengers: Endgame and Spider-Man: Far From Home. Here's what that could mean for other Phase 4 projects.

Off topic, but Admins need to remove these spam threads that have been popping up lately...
L

So I guess WandaVision is part of the Infinity Saga then since you know it's basically Wanda's epilogue for Endgame. /s
A

fuzzyfoot said:
So I guess WandaVision is part of the Infinity Saga then since you know it's basically Wanda's epilogue for Endgame. /s
Click to expand...

The sarcasm I put in that message was directed at the epilogue argument in general. I’m aware that Feige and promos have said otherwise, but to me using the argument that one is Infinity Saga because epilogue and the other isn’t even though it’s also epilogue makes no sense especially now that we know WV takes place before FFH.
A

I didn't know it was sarcasm. So when people write "/s" after a sentence, that means sarcasm?
H

Jesus christ, get that the fuck outta here, ffs
R

Don’t bring leaked videos on here. That commercial has nothing to do with the show and is from a real life Capital One commercial starring Samuel L Jackson.
F

A13G10 said:
I didn't know it was sarcasm. So when people write "/s" after a sentence, that means sarcasm?
Click to expand...

Yes that is what the /s means. I've never liked the idea that FFH is the epilogue to the Infinity Saga because...literally every sequel or show with characters from the Infinity Saga can be considered an epilogue. To me, the Infinity Saga ended with Endgame, the only exception to that might be Black Widow, but I'll withhold judgement until I see it.

Spoiler tag. Look for the eye with a cross in it.

Should look like this.
Also, Fury commercial fake.
J

I don't know if anyone mentioned this, but there is WHIH in episode 4. Good to see it again.
H

Hungangen said:
It is said that WandaVision will take place 3 weeks after the Endgame -> 2023. oct-nov.
and before Spiderman 2. (2024 summer)
Click to expand...

No one mentioned the Wakanda show in the works?
K

Just made a new account just to immortalize this head-canon, and I'll probably be proven wrong soon, but I have a new head canon regarding S.W.O.R.D.

After S.H.I.E.L.D. was reformed and reintroduced as a government agency in 2017 under Jeffrey Mace's leadership, S.W.O.R.D was introduced at the same time as a subagency under S.H.I.E.L.D., akin to the comics, with the main and express purpose of preventing another Battle of New York scenario and defending Earth against such things, and also as acting as a NASA reverse-engineering alien tech and for getting humans out to the stars. It's essentially akin to how the DOD has the NSA under it's direct command.

Edit: Yo-Yo references "SPEAR", which didn't exist, but said that SPEAR was a space division, leading more to that idea.

S.W.O.R.D. was founded in the 90s, hence María Rambeau's picture in the headquarters
R

A13G10 said:
S.W.O.R.D. was founded in the 90s, hence María Rambeau's picture in the headquarters
Click to expand...