Michael Myers was an emotionally abused 6 year-old American boy. His father was an alcoholic and his abusive treatment of Michael turned the boy into a psychotic. Michael killed his sister at the age of 7 and was admitted into a psychiatric institute from which he escaped at the age of 23, in 1978. Michael returned to his hometown (Haddonfield, Illinois) in 1978 on Halloween Eve, disguised as a regular person in a mask and costume. He then went on a Halloween killing spree which forever scarred the town of Haddonfield.

Michael was arrested by the police and his psychiatrist Dr. Sam Loomis who worked for years trying to rehabilitate the psychopath. Loomis would keep asking Michael (who was caged in a maximum-security cell), "Michael, now that we've obtained a psychiatric incarceration unit for you, given that your mental condition warrants serious treatment instead of the death penalty, what do you want to do to redeem yourself for your awful crimes?" Michael would usually say nothing, until one day, he suddenly opened up to Dr. Loomis and said, "OK, doc. I'm a big fan of comic books --- mostly Batman (DC Comics) and Spider-Man (Marvel Comics). I have a plan to be a suburban priest of some kind --- walking the streets of American neighbourhoods (under your supervision of course) and monitoring the thoroughfare (in a sort of 'citizens-on-patrol' activity). I could even call myself the 'Everyman Batman.'" Dr. Loomis was very excited and said, "Yes! I would drive in my car slowly right behind you while you walked the towns, perhaps dressed in a Batman outfit for Halloween!"

Michael and Loomis set out to perform this neighbourhood-watch activity for Halloween Eve in 1985. Loomis had told the authorities and residents that Michael Myers was his patient and this was their annual Halloween Eve rehabilitation activity. Loomis of course kept his loaded pistol with him at all times, so if Michael tried to flee or run away, Loomis had the authority to shoot him on-spot. Michael's psychiatric progress was satisfactory enough in Dr. Loomis's mind to warrant this monitored Halloween Eve rehabilitation activity.

So Michael and Loomis were set in their Halloween 1985 evening patrol, and Michael was dressed in a colourful Batman costume. As Michael made a turn on Elm Street (and Loomis followed in his car), he noticed a strange man in the Elm Street cul-de-sac wearing what seemed to be a fake hideous human-skin mask and carrying what seemed to be a rather realistic-looking chainsaw! Michael started wondering if this fellow was dressed like this for Halloween or if he was actually a psychopath --- his costume seemed so bizarre! Michael thought to himself, "This may be my only chance at redemption --- if I take this Skin-Mask Man down and expose him as either a harmless trick-or-treater or a real psychopath, then (even if I die in the process, or perhaps, especially if I die in the process), my life will have been redeemed in my eyes and in the eyes of Dr. Loomis!"

Michael started approaching this man, and Dr. Loomis followed in his car with greater concern, wondering also what this chainsaw-carrying man was doing. Michael approached the oddly-costumed man and asked him, "Hey there! Look at me! I'm Batman! Who are you supposed to be?" The man suddenly turned on his chainsaw and ran towards Michael. Michael immediately realized this chainsaw-carrying ghoul was a real psychopath. Dr. Loomis was about to get out of his car, but the chainsaw-psycho was already running at full speed towards Michael, and Michael needed to act alone and swiftly. Michael picked up a fallen large tree branch from the lawn he was standing on and swung it at the chainsaw-psycho's legs. The chainsaw-psycho lost his orientation for a brief moment, and Michael capitalized by striking his forearm with the branch, knocking the chainsaw right out of his hands. Michael then fell on the chainsaw-psycho, and with the chainsaw still buzzing between them, the two odd men slipped into death.

Dr. Loomis had called the authorities and the two dead bodies were carried away in an ambulance. Dr. Loomis was for the first time concerned about the spiritual destiny of Michael Myers. He realized Michael had redeemed himself for his terrible crimes with his brave act of self-sacrifice on Halloween Eve 1985. The townsfolk were relieved that the chainsaw-psycho was dead, and Dr. Loomis reported how Michael Myers was the unlikely fallen hero.

Three years later, a strange news report surfaced that the graves of the chainsaw-psycho (whose real name was Thomas Hewitt) and Michael Myers were empty. It seemed someone had removed their bodies. Dr. Loomis read of this report and immediately became alarmed. "What could this mean? Who would want to dig up the past in such a terrible way?" he wondered. Dr. Loomis received a letter in his mailbox one month later. It read, "Dr. Loomis, Thomas Hewitt is a real ghoul who calls himself Leatherface. He rose from the dead, and I rose too (as Batman) to pursue this scarecrow. Please do not worry. All I ask is you believe in me as Batman (and not the serial killer Michael Myers you knew). I will chase Leatherface, wherever he may be haunting, as Batman." Dr. Loomis did not know what to think. Was Michael Myers now a ghost calling himself Batman? Was Thomas Hewitt now a ghost too calling himself Leatherface? Should Michael be trusted now as an after-life Batman? What if this was all an elaborate prank?" Dr. Loomis concluded that he would continue to believe in Michael as a soul-searching Batman, hopefully on the trail of the terrifying Leatherface.

Dr. Loomis decided to turn these considerations into storytelling exercises. He published these stories in pulp fiction magazines, comic book fan-zines, and layman psychiatry forums. His stories had titles such as "A Halloween killer becomes a folk hero" and "An unlikely Batman chases the ghost of a chainsaw-psycho." There were no more reports of crimes (or hauntings) involving chainsaw-psychos or Leatherface hauntings, and Dr. Loomis secretly believed Michael Myers (Batman) deserved the credit. At the latter stage of his life, Dr. Loomis retired, believing that the Michael Myers was indeed Batman and had saved humanity from the ugly omen of Leatherface. 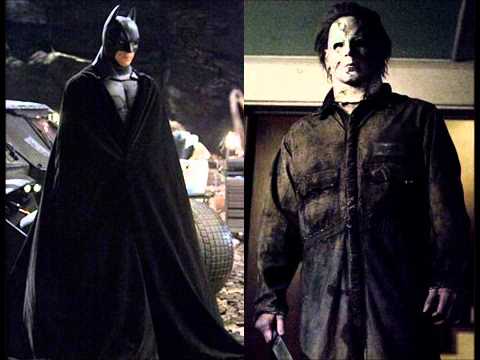 I got the inspiration for this story after watching the pensive (and under-appreciated) Al Pacino film Serpico which presents a portrait of jurisprudence in America colored with the problem of corruption.

Vigilantism is a troubling issue in any nation that caters to high traffic and welcomes all kinds of socio-political dialogue, which perhaps explains how the vigilante group the Hell's Angels rose in prominence during the experimental counter-culture movement in America.

When we think of Michael Myers and Leatherface, we think of the oddities of the human mind that can arise from claustrophobia or other kinds of human-related psychological deformations.

The comic book superhero Batman (DC Comics), for example, contends with a rogue Gotham City DA named Harvey Dent who becomes an uncontrollable dangerous vigilante after he is deformed, administering cruel punishments at the flip of a coin and believing that standard routes to justice in America are unprofitable.

Michael Myers is first and foremost evil and should therefore be linked to comic book super-villains such as Carnage, a maniacal mayhem agent and nemesis of the urban defender Spider-Man (Marvel Comics). Then, we can make speculative links such as "Perhaps Michael Myers (or Carnage) has a change of heart and decides to become a 'dark knight.'"

The purpose of this simple but personally meaningful member fan-fic is to suggest that crime in America is somehow connected to the human spirit. 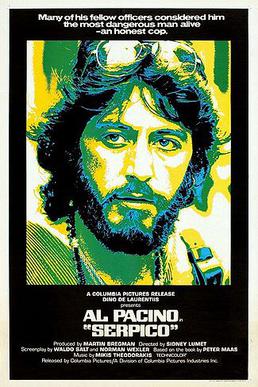