you should all know the rules.

one cast per person, or else dq. cast all those listed, and if you want to cast more, here's the page for the book:the walking dead

You must cast (italics are optional):

arrival at the jail
Dexter and Andrew
Axel
Thomas

depending on how far you take the story determines how many you have to cast. I separated each story arc (as I view it) with a space. Some roles you may not need to cast, for instance: Dr Stephens can be taken out of the picture by just making Alice the doctor from the start... etc. some of the survivors are a bit inconsequential, and have been made optional as well.

oooh. I had a good rick... Lets see if I can drag him back out of my mind.

For serious. I'm totally gonna do this round.

The Walking Dead - The Movie

My Dreamcasting That Will Make You Poop Your Pants In Awesomeness

The first film would be primarily about the adjustment to this new Zombified world, and would be a character drama like the comic rather than focusing on the zombies like I'd be worried most adaptions of this would be. The plot would center around the conflict between Shane and Rick.

Rick Grimes - Josh Holloway
Josh is excellent on lost. He's a better actor than Matthew Fox, so I've been disapointed to see Fox getting more roles outside of the show than him, but I think time will change that. This role would fit Josh like a glove, and see a more leaderly, and tender side of him than Lost has let him show as an actor.

Lori Grimes - Mary Louise Parker
Mary Louise Parker is simply one of the best actresses out there, and Lori is a part she could pull off amazingly, and probably give the character a little more depth than she has in the comic.

Shane – Jeremy Sisto
Sisto was brilliant in Waitress as a total dick, and I think he'd take a bit from that role here. Sisto would play off of Holloway excellently, and the Love Triangle between the two of them and Lori would really work. Sisto is an underrated actor who should be getting these central roles

Glenn – Dante Basco
Dante kicks ***, and ought to kick more *** in films, and this would be a great oppurtunity, and he fits the character quite well.

Allen – Timothy Busfield
If John Ritter were still alive, he’d be my top man for the job, but since he isn't, I think this is another role that ought to go to an underrated actor to show a side of his skills that's not usually seen. 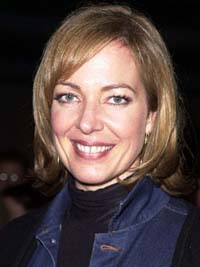 Donna – Allison Janney
This would be reuniting the couple from The West Wing, and plus, Donna's death would give Busfield more screentime, and prove that he's an excellent actor. I think it goes without saying that Janney is brilliant, and I feel she would do this role justice.

Carol – Jessica Alba
Jessica Alba CAN act. She just keeps getting cast poorly, and I think this part would fit her well. Carol needs to be a bit of a sex bomb, but she also needs to show insecurity, which Alba can pull off better than most young, blonde, sex bomb actresses. Just remember that she CAN act. 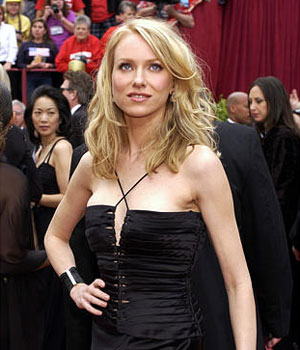 Andrea – Naomi Watts
I'm a little unsure about this casting, but I think Naomi Watts is a great actress who would bring a lot to this role. I've always wanted her to be in something a little more actiony, since I think she pulls that off well. Andrea is the top shooter in the group, and kicks the most *** from the female camp outside of Michonne. She is a character I'd also like to see more from than in the comics.

ADDITIONAL FILMS IN THE WALKING DEAD FRANCHISE
These characters would be introduced in the sequels, The Governor would probably wait until the third film, but I figured i should cast him.

Tyreese – Idris Elba
He's excellent in The Wire and I have just been waiting for a good chance to cast him in one of these. Tyreese needs to be intimidating, but should be as good an actor as Rick, since he's really Rick's co-star for the rest of the series. Idris is my man for this.

Julie – Tessa Thompson
Julie is Tyreese's daughter, but a really small character, all things considered. Tessa did a good job in season two of Veronica Mars, and was the first person I thought of for this role.

Michonne – Tracie Thoms
She's really the only person I can think of who could do this with the justice it deserves. Particularly the torture sequence.

Otis – Kevin Durand
Durand did a good job in 3:10 playing a hickish sort of character and he seems like the sort of person who would accidentally shoot a kid in the forest in the rural south.

Hershel Greene – Keith Carradine
I love the Carradine brothers, but I feel this is more of a job for Bill's brother than Bill himself. Keith was excellent in Dexter, and I could see him as a great

Maggie Greene – Mila Kunis
Least sure of this casting, but what can you do? Maggie has never really gotten enough time for us to really get a really good of idea of her as a character, so I was just thinking of people who would fit in a couple with Dante Brasco, and for some reason she was the first person who came to mind.

The Governor - Danny Trejo
I think this casting would change the character of the Governor to some degree, as Trejo is much older than the character in the books... But I think that Trejo would bring the simple brutality that the character so clearly needs. He is a one hell of a bastard, and now that I thought of this, i can't unthink it. Plus, he's totally got the moustache for the job.

There is double the amount of justice in your cast.

i would like alba as carol more if she didnt have a kid. its almost like andrea and carol should be switched, age-wise, but not personality-wise... :/

I think Carol would have had the kid young, and she's portrayed young in the comic.

If you imagine she had her girl when she was 19 or so, Alba's in her mid-twenties, so it would fit.

DSF took my Glenn and Tyreese.


I still might go ahead and use 'em anyways.

I'm considering switching Alba out for Sarah Michelle Gellar, but I wanted to make this a purely non-whedon cast...

Anyone else going to pitch in here?

I am, once I do the research and get the cast.

I'm having trouble finding actual pictures of the characters though, and as someone who doesn't read the book, that would be helpful if I had something to work off of.

I'm assuming this is ending next weekend, so I'm taking a lot of time this weekend to do several casts.

I'm planning my version to be a TV series and I want to break down some castings into seasons.

o, right, round ends Monday. that should give enough time.

Give me a bit more time than that Marvelman, have it end in the middle of next week, Wednesday

Ultimate Houde said:
Give me a bit more time than that Marvelman, have it end in the middle of next week, Wednesday
Click to expand...

Or better yet...Friday. That way we can vote all of Saturday and the winner can be announced on Sunday and have a new round up by that Monday.

I'm only asking because of the size of my cast.
M

Due to the size of the cast....I'm not gonna do any pics. Instead just a link to their IMDB page.

Expect it by tomorrow. Or Wednesday at the latest.
You must log in or register to reply here.

Comics Shipping March 1st: It's the Dawn of a New Era...

Comics Shipping May 10th: Unfortunately You Have to Pay for These Comics

Comics Shipping April 5th: In Which We Fillibuster the Nuclear Option