Portal 2 has been offically announced for a 2010 release.

Recently, Valve released a patch to the original game that added a few new achivements and a different ending. It's right down there. Don't worry, the spoilers are minimal.

The robot is saying "Thank you for assuming the Party Escort Submission Position."

From the Wikipedia article:

Portal 2 takes place hundreds of years after the first game. The game will take place in the Aperture Science Labs, untouched by human hands but overrun by decay and nature.[3] The player will interact with many of the numerous personality cores, seen in the post-credits scene from Portal, which have become active in the intervening years, using the automated systems of Aperture Science to create their own microcosms within the facility.[3] The cores themselves are unable to move save through overhead rail systems. Chell is awoken by one of these, Wheatley, who has become concerned for the state of decay and seeks to correct it. Wheatley acts as the player's guide during the tutorial and initial stages.
Click to expand...

Oh, and one more thing.

Oh crap, I forgot to bring up the co-op:

Two new characters will be introduced for the two player cooperative mode, which will have its own unique plot and setting.[4] These two yet-named characters include a modified turret gun and a personality core; both units are bipedal and equipped with their own portal guns.[3] Thought once part of the networked facility, they have become separate entities, and are treated to similar abuse by GLaDOS as Chell is, being put through a series of complicated test chambers.[3]
Click to expand...

According to Gameinformer, Valve is looking at a September release for Portal 2.

So we better start playing it before the internet runs the jokes into the ground and we all get sick of them.

I need to buy The Orange Box.

I think I've got a new favorite game, everything about this was an absolute joy to play

I need to get the first one....also anyone up for co-op?

Is Stephen Merchant amazing in it?

I recently played the first one and want to buy this. I only just found out that when you buy the PS3 version you get a free copy of it for PC/Mac too. I am definitely going to buy it now.

ProjectX2 said:
Is Stephen Merchant amazing in it?

I recently played the first one and want to buy this. I only just found out that when you buy the PS3 version you get a free copy of it for PC/Mac too. I am definitely going to buy it now.
Click to expand...

I thought he was funny, but in my opinion, he kinda paled to Ellen McClain's GLaDOS and JK SImmons' Cave Johnson.

"All right, I've been thinking. When life gives you lemons, don't make lemonade. Make life take the lemons back. GET MAD! I DON'T WANT YOUR DAMN LEMONS! WHAT AM I SUPPOSED TO DO WITH THESE?! DEMAND TO SEE LIFE'S MANAGER! Make life RUE the day it thought it could give CAVE JOHNSON LEMONS! DO YOU KNOW WHO I AM?! I'M THE MAN WHO'S GONNA BURN YOUR HOUSE DOWN! WITH THE LEMONS! I'm gonna get my engineers to invent a combustible lemon that's gonna BURN YOUR HOUSE DOWN!" 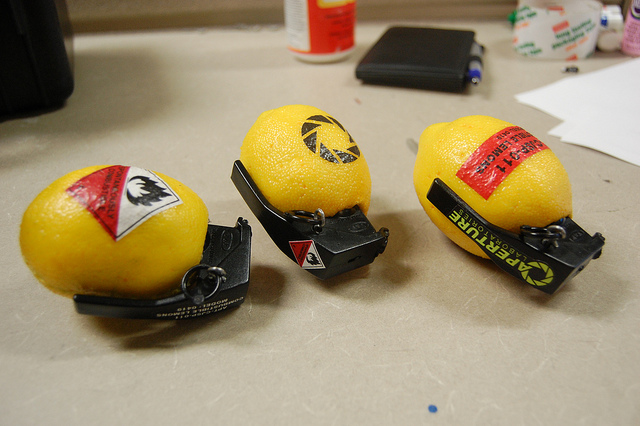 Cave Johnson is a profit

Gemini said:
Cave Johnson is a profit
Click to expand...