Today, the publisher arranged for a special press conference call to reveal "Daredevil: End of Days" done by the legendary creative team of Brian Michael Bendis and David Mack writing with Bill Sienkiewicz and Klaus Janson on art.


Hell of a creative team.

I have been waiting for this for years. I hope it's as good as Bendis's run on Daredevil.

Saw Bendis mention this on Twitter...I didn't know this was in development but anything Daredevil-related by Bendis, and I'm in. 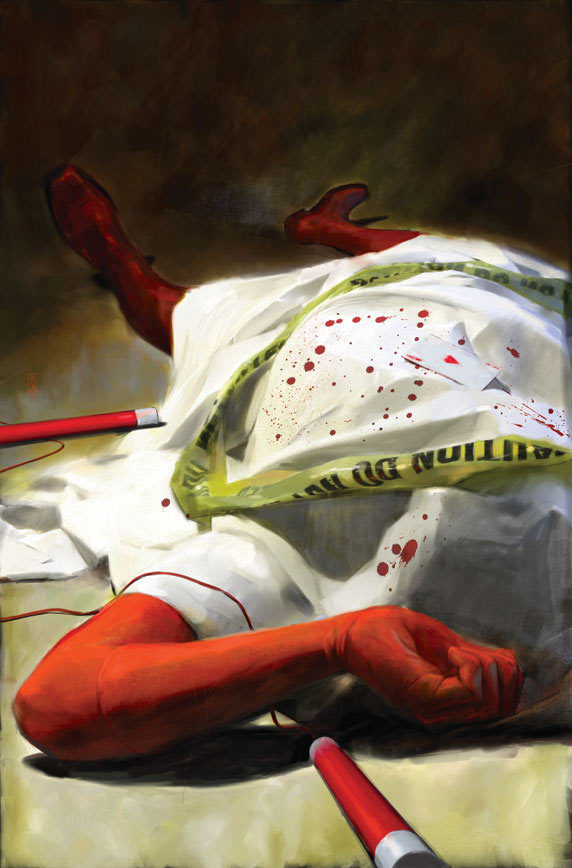 So is this like Old Man Wolverine and Spider-Man: Reign except for Daredevil?

Captain Canuck said:
So is this like Old Man Wolverine and Spider-Man: Reign except for Daredevil?
Click to expand...

It wasn't bad, it was just...I don't know...meaningless? The end reveal was kind of cool I guess but it didn't really mean anything. The stuff about Stick being reincarnated made it kind of dumb.

I read a review that said "Mapone" was a bad mystery because we had no idea if it was a name, or even how it is pronounced. I agree with that.

I won't be picking this up in trade.