Yes, that's right. I have won and taken over your silly game. Fear me. This is actually TOG's idea but I have raped him and stolen it to use for my own sinister purposes.

1) The winner of the last round becomes the moderator of the round, and thus gets to choose the property or story in question to be adapted. Winner may also declare whether this property is an animated film, or a live-action one. He must also name the core characters to be cast, which should be at least 4, but no more than 9.

2) You may not use actors who have played the role before in the same medium before. Voice talents may not reprise their role, nor can film ones.

3) After two weeks, the round is declared closed. People will vote via PM and send it to the moderator, who will count the votes and declare winner. Like the Ultimatization Game, you CANNOT vote for yourself.

4) The winner declared gets to choose the property in the next round.

I have three of mine cast, I'll have to think on the others.

So far I'm doing Peter Krause as Captain America, Bruce Willis as Nick Fury (both of which I've mentioned or done in other threads), and I think Ben Kingsley for Lukin.

Sharon Carter, Agent 13 - Ali Larter
I dunno, she's young, she can apparently act....and she's the only person I can think of. 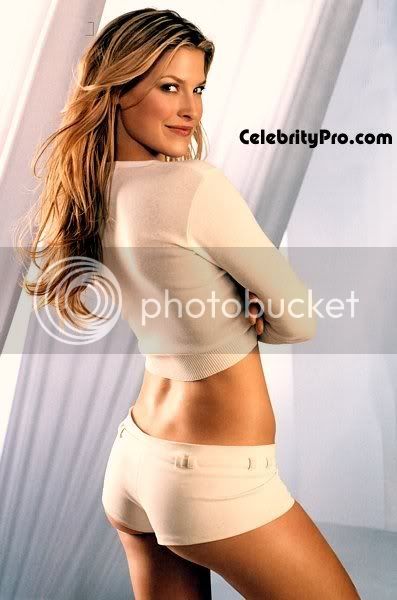 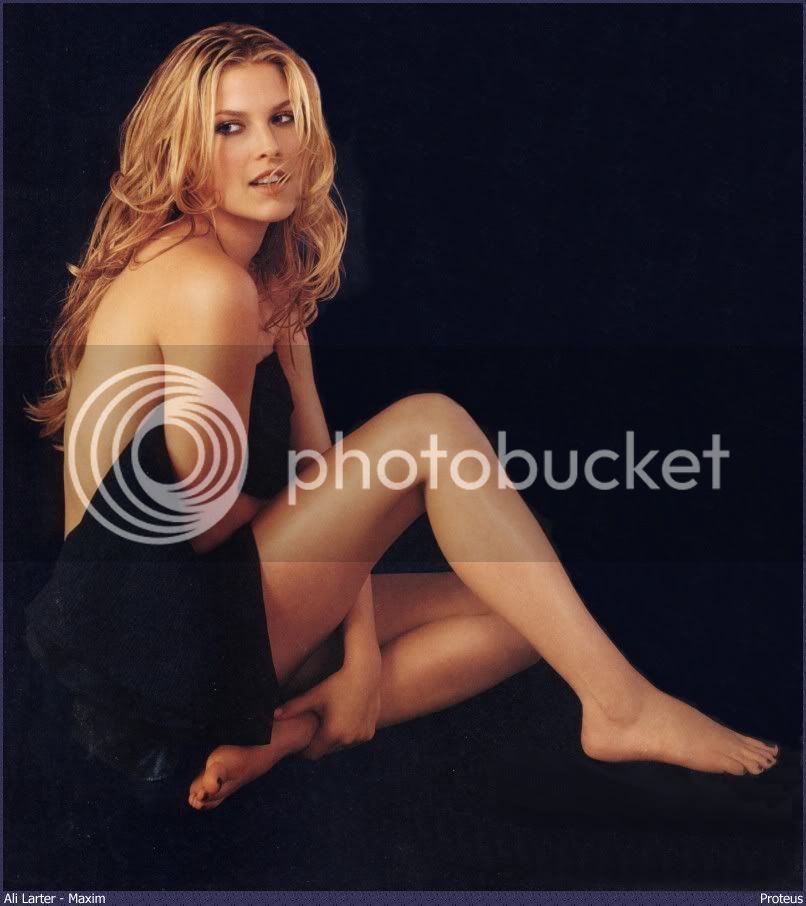 Sam Wilson, Falcon - Djimon Honsou
I was going for Chiwetel Ejiofor, but I think Djimon is more suited for Falcon (I was thinking of Ultimate Falcon when I cast this). 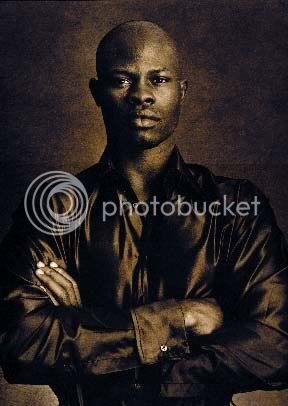 Brock Rumlow, Crossbones - Peter Stormare
I'm kind of against using wrestlers and such, so, y'know, I'm just throwing this one out there. 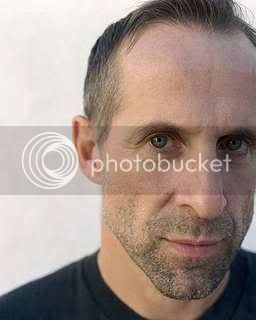 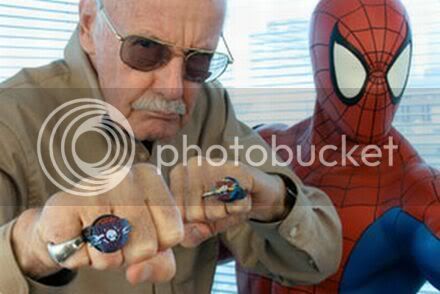 You got that from Superhero Hype didn't you?

Langsta said:
You got that from Superhero Hype didn't you?
Click to expand...

no i made it when the avengers were being dreamcasted on here.

JonnyFreeze said:
no i made it when the avengers were being dreamcasted on here.

Alright. My cast is pretty much done. I've edited my first post about 600 times.

Is this a good Fury?

His name is Marshall Bell. I think he looks a little too....bleh. But I don't want Kurt Russell or Bruce Willis.

This guy looks like a good choice for Cap: 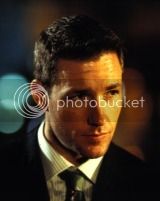 This isn't a good pic of him. This may in fact be a photo of Michael Vartan....But anyway, this guy's from Queens, he has the same looks as Cap, and all he has to do is dye his hair blonde. He's getting old though.
I think I want to change my choices for Cap....
Last edited: Aug 9, 2007

Guys, remember to use proper pictures. We're not that kind of site here.

Ice said:
Guys, remember to use proper pictures. We're not that kind of site here.
Click to expand...

Sorry....Are you just talking about the DMX one or do you want me to take off one of mine?

Djimon Honsou would be perfect for t'challa

You dick. You stole my idea.


Here some pictures that I cut up for this... 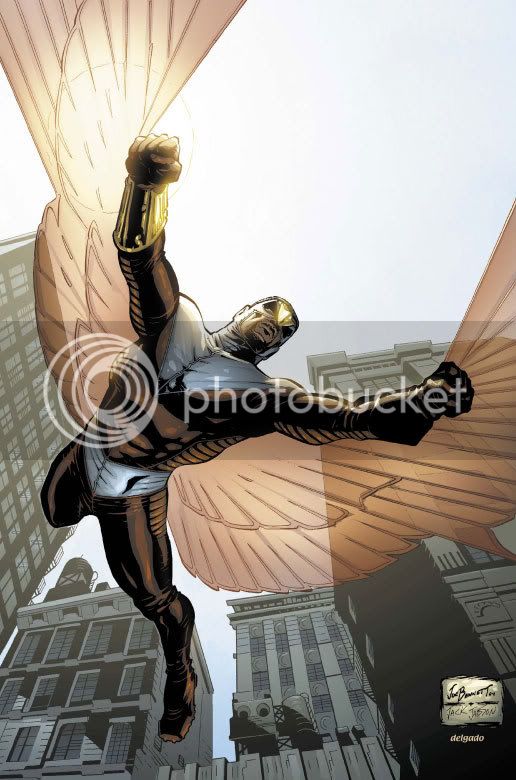 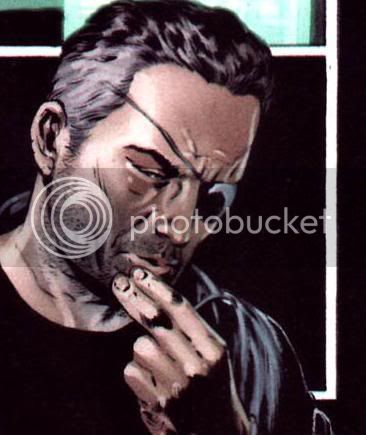 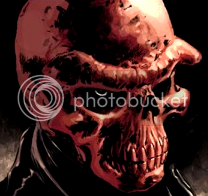 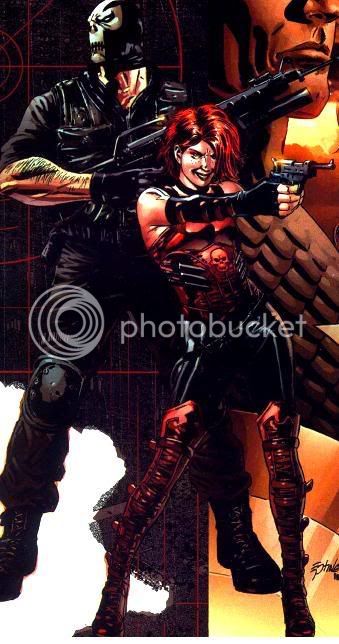 God some of these are hard. Well I agree that this should be modern Cap so he's been in the present for a while now. His enemies are insane, raving psychopaths and his allies are considered 'eccentric' at best. Cap would have already delt with the culture shock, this movies for kicking ***.

Yep, Marky Mark should be Cap. Watch anything he's been in, the guy can act. And tell me after watching Shooter that you don't think he's a badass. Plus he's got that classic look Cap needs. I think this one speaks for itself.

Blond, beutiful, dangerous. That is Sharon Carter, Theron can definetly pull that off. She's an amazing actress and she does action sequences. Sharon Carter, there you go.

I liked Jared Leto on this one but I didn't want to steal. I think JOaquin can play almost any part you give him, so let him be the tortured ex-sidekick of Cap. I think it works but this one was my least favorite choice.

While Bruce Willis is Fury to a tee, and I think he's probably the best choice, I want to have the yelling, pissed off Nick Fury. McGinley might do more comedic roles but he is intensity personified. I'd like to see him go bat-**** crazy in the middle of a fight and start shooting up HYDRA Agents left and right.

To play Falcon I wanted someone who had come from Brooklyn and had experience with serious roles. Def's lived the life Sam Wilson had (though I don't think he was ever a pimp). He's known for rapping, but in all of the roles he's been in I've liked his performance. I just realized I cast three people from the Italian Job. Heh.

Irons has a look like Lukin, (if you imagine) and he's one of the great actors of our time. Imagine Iron's speaking out from underneath the skull face of his while torturing Cap. Oh and he can do the Russian and German accents needed.

I like this actor, he's cool in Mystery Alaska and a raving lunatic in Smokin Aces. He'll provide the muscle and size needed to play Crossbones (he's 6'6) and he brings the right attitude and style to the role. I even think he was a Nazi in Smokin Aces so bonus points!

Sure she was Jean Grey, I'm gonna by-pass that and put her in a role she's good at playing, the villainess. She was good in GoldenEye, and she played Dark Phoenix pretty well in X3 (the portrayal of Dark Phoenix might have been a little off, but Jansen played it great). Just imagine her as Jeremy Iron's daughter and you've got yourself a villain.

I was actually proud of that one. I like it. Vote Bluebeast!

What I'm going for : A darker take on Captain America to make the story not just "Captain America vs russia" But instead "one solider on an emotional journey but with action" Think Rambo meets saving private ryan.

Steve Rogers, Captain America – Nathan Fillion – This choice I’m not going to take full credit for. I remember someone I believe Bass was the one who said him. I read it and thought “yes that IS captain america” and no one else will be able to do it as well.

Bucky Barnes, Winter Soldier – Hayden Christensen – I like how he acted in the star wars prequels when good and then when he turned to the darkside he pretty much acted like Winter Soldier to me this was a natural fit.

Nick Fury, Agent of SHIELD – Kurt Russell – I think in Escape from New York as snake he was very much like a young Nick Fury , I wanted fury to be older than comics though (I think) as I wanted him to remember hearing stories about Captain America long after the war when Captain America had disappeared. To me Kurt Russell captures it perfectly for me.

Sam Wilson, Falcon – Leonard Roberts , In the series buffy and his spot in heroes he was a strong character and not that well known so it wouldn’t be “oh *insert actor* is the falcon* but *oh that’s the falcon* which is important.

Aleksander Lukin, The Red Skull – John Hurt – This was based on his role in hell boy , I was thinking imagine him as the professor in hell boy BUT darker and more sinister , Not my choice (but I diidn’t want to re-use Liam Neeson again) So my next choice was John Hurt , also wanted an older version who would hate Captain America for his youth as well to further the opposite between them

Brock Rumlow, Crossbones – Colin Farrell – This choice was I thought Crossbones was similar to bulls eye , But with a more iron man looking costume so his face won’t come in to question and the acting and mannerisms should so this was the only logic.

Synthia Schmidt, Sin – Kate Beckinsale , Underworld she was chick who kicked ***. So If she could play sin like that but evil IMO it would be very cool and go with a more serious , darker look that I’m going for.

Ooo, Bass's going to kill you.

And that picture of Hurt's kind of creepy looking. I liked your picks, I was considering Russel but I though McGinley would just be such a good Fury.

I know , Last one I stole his flash (but that was before he said it so that was coincidence) and this time his cap (but that was just because I loved that choice last time) he's going to hate me

And that picture of Hurt's kind of creepy looking. I liked your picks, I was considering Russel but I though McGinley would just be such a good Fury.
Click to expand...

SSJmole said:
I know , Last one I stole his flash (but that was before he said it so that was coincidence) and this time his cap (but that was just because I loved that choice last time) he's going to hate me

The only one I wasn't sure about was Farrell. I mean he's a good actor and all but I don't picture him as Crossbones, just my opinion. And I'm not sure about Jovovich, she seems right and wrong at the same time. Dunno why.

SSJmole said:
Sam Wilson, Falcon – Leonard Roberts , In the series buffy and his spot in heroes he was a strong character and not that well known so it wouldn’t be “oh *insert actor* is the falcon* but *oh that’s the falcon* which is important.

Thanks dude , Ironically he wasn't my first choice but I couldn't remember the name of actor (or even charracter) of that black guy with the circles on his head from stargate show.