Biographies for UC: The Fanfic

Think of it as Official Handbook to the Ultimate Central Universe 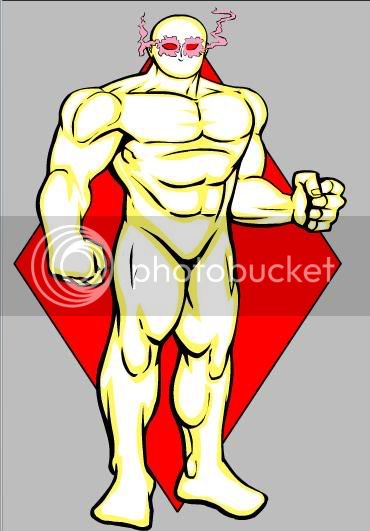 History:
Caduceus first found out about his powers when he got his mother to tidy his room and make him some eggs with nothing but a look and a suggestion. While watching the news later on that day, he saw TheManWithoutFear running from the police. Caduceus thought he would make a great slave and set out to confront him. When Caduceus finally found him in an abandoned Warehouse, he was in a battle with The Avatars. Caduceus managed to get Nurhachi, Icemastertron and ProjectX2 under his control, but TheManWithoutFear escaped since his eyes were closed.

Weeks later, when Seldes Katne was attacking The Avatars, Ultimate E freed Caduceus to help him with his problems, starting with Seldes. Caduceus was able to defeat Seldes, by hypnotizing her into putting herself in prison, and then making The Avatars forget that they had seen him. He then went home to catch up with his life.

Their next mission was to stop TheManWithoutFear from reaching The Captain. The E-Men failed in this mission, however, when The Captain rescued MWOF and defeated all 3 E-Men.
When The Avatars finally discovered Ultimate E’s master plan for world domination, E poured massive amounts of power into the E-Men. Caduceus’s power evolved from hypnotism to pure mind power, including telepathy, telekinesis and powerful mind blasts.

Despite his highly increased power, Caduceus was defeated by the Avatars. Ultxon was immune to Caduceus’s power due to his robotic nature, and while Cad was dodging Ultxon’s attacks, Icemastertron hit him with a brain freeze attack. Screaming in pain, he was rescued by Ultimate E when he attacked the Avatars. While the battle took place, Caduceus fled with Ultimate Gambit and went into hiding.

After Ultimate E was thrown into another dimension by the godly Eroz, Caduceus and Ultimate Gambit excaped Ultimate Central. Icemastertron joined there group too as we was being mind controlled by Caduceus.

Soon, they were attacked by there dead comrade Patriot, who seemed to be immune to Caduceus's mind control. The E-Men managed to escape and it is unknown where they are now.
Last edited: Jul 6, 2005

Wow, I really have pissed off just about everyone at one point or another.

Excelsior Club
Me next!

How about we do someone that actualy appears in the ongoing. *coughcoughIlike99schnapesandlongwalksonthebeachcoughcough*

Next you shall be!

Baxter said:
How about we do someone that actualy appears in the ongoing. *coughcoughIlike99schnapesandlongwalksonthebeachcoughcough*
Click to expand...

Then Baxter after E!!!

I didn't even notice... good job Nur. I can't wait to read more.

When do I get mine?

Nur awesome job on these kinda reminds me of Marveldirectory

i'll probably make them in same order i got replies in.

E's next, then Bax, then it would be slimjim, but he's not ultimized yet, so MWOF and then Ice and then Ultimate Gambit


Woooooo! Thanks for the comments guys :rockon:

Nurhachi said:
E's next, then Bax, then it would be slimjim, but he's not ultimized yet, so MWOF and then Ice and then Ultimate Gambit
Click to expand...

who did the pic Nur?

He did it on Heromachine.

I only glanced through but it looks cool so far. Me after whoever!

ProjectX2 said:
He did it on Heromachine.

I only glanced through but it looks cool so far. Me after whoever!
Click to expand...

Me after who ever is before me.