captaincanuck65 said:
I'm sad I won't be in this.
Click to expand...

captaincanuck65 said:
I'm sad I won't be in this.
Click to expand...

You can still get a cameo

Random said:
You can still get a cameo
Click to expand...

really? what do i need to do?

captaincanuck65 said:
really? what do i need to do?
Click to expand...

Send me a PM with either a photo (preferably one at an angle just like the one you see on the screen shot) and/or a description and tell me what kind cloths you want.

Presenting the Captain of America's hat

Random said:
So there's only 9 days left for the funding so I'm going to see how many scenes I can add before say, End of Sunday EST. Anyone want in on this? Set you're own price, I feel the minimum should be 50 cents. The proof will be screen caps of each scene I've completed and anyone who participates will get an exclusive sneak peak at a scene of Houde's choosing (provided that it's finished). So right now there are 9 scenes considered complete, therefore only scenes after those 9 will be counted. So whose in?

Houde are you still in for 1 per two scenes or will you ante up?
Click to expand...

Well for the two of you who may actually care, I got four scenes done:

Ahh, look at that, Baxter/Friday is trying to think 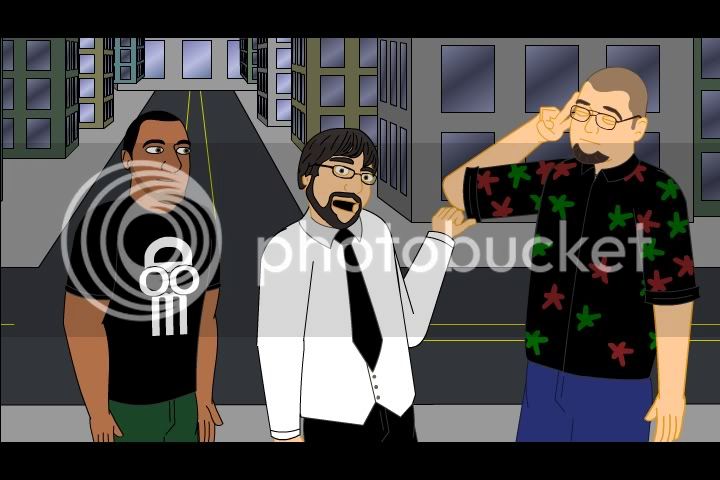 Kinda of ominous shot of some doors, almost as if a large group of people are about to crash through... 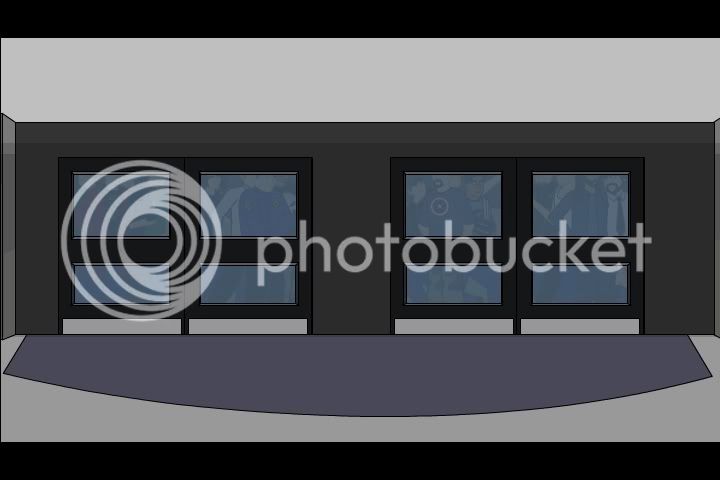 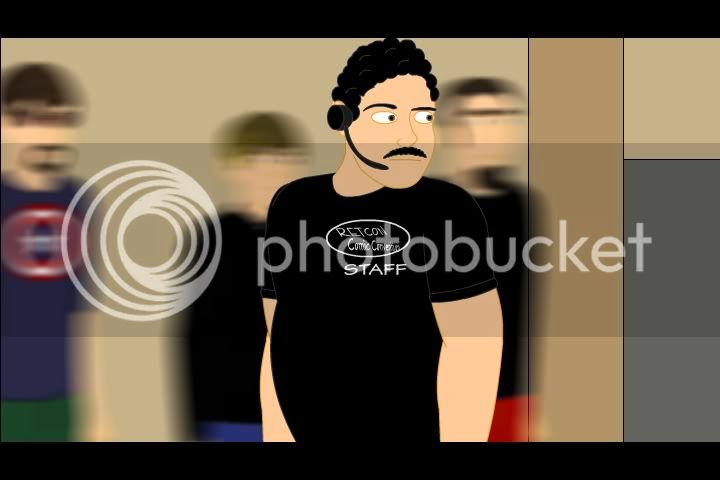 You may notice the booths are a simple gray. I will be adding to them later, this just keeps the work load down for my laptop. 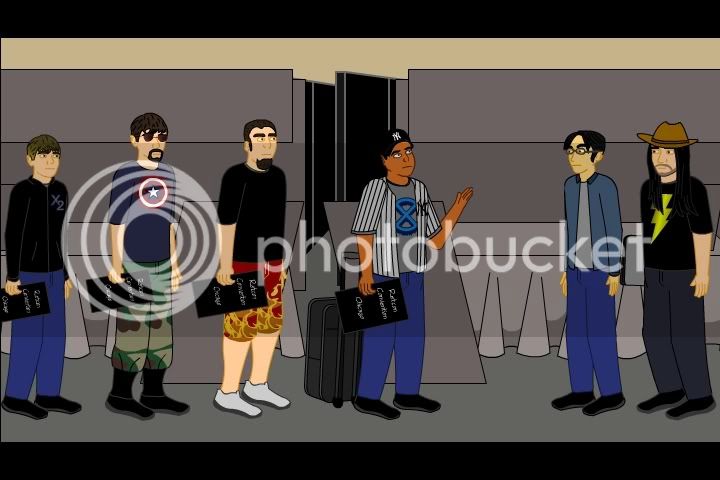 I expect this to be The Dark Knight to the first cartoon's Batman Begins.

Your art continues to improve.

You break my heart Random. YOU BREAK MY HEART!

Dude, just be thankful that he's wearing any shorts...

I still have nightmares from when I got that Christmas card he ment to send Hibiki. You dodge a huge bullet there J. Agamemnon. (Shutter)
Last edited: Oct 11, 2010

Hey, dude. Nice to see you again.
Click to expand...

I gotta say.......One of the main reasons I came back after all these years...was that I missed Bass. I had major Bass withdrawls. You dont even know!

I may not have known, but I am not surprised.