Would Thanos Hit That?

Thanos ain't gay so he would hit most of that!

Excelsior Club
This poll is brilliant but I have no idea why.

With the power of a million red Infinity Gems.

The answer is all of them with a side of the fundamental concept of death.

Who wouldn't hit Death from the Endless.

Everyone who didn't vote all of them, I'm sorry, you're wrong.

It occurs to me that not everyone knows who these guys are. So here's a quick recap.

Death: OK, she seems to be winning this, so no need for a summary.

Black Racer: The horrifying end of days of SKIS! Chases down gods and speedsters, an aspect of Neil Gaiman's Death.

Izanami: In Japanese mythology, she helped make the world with her husband. Now she kills one thousand people a day to spite him. Today, she's taking a less direct approach by reducing humanity to a state between life and death through the powers of an evil, fog-generating disco ball and television. Works as a gas attendant on rainy days. Doesn't like the truth.

Bleach characters: The series deals with spirits who usher the souls of the dead. They use swords in a way that rivals DBZ in pure showmanship. And they are all very, very, pretty.

Hades: Through the power of Disney magic, he was turned from the grim and brooding Lord of the Underworld to a salesman-like Satan analogue. But he's cool with that, because he's voiced by James Woods, gets to act like Gene Hackman, and gets hair made out of fire. 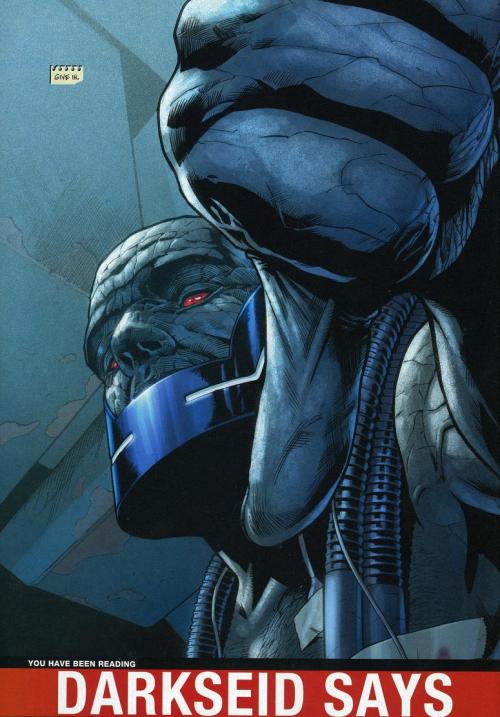 Anything Thanos would hit, Darkseid would hit TWICE.
Click to expand...

Because that's how he rolls.

Wait, Darkseid's dead....so wouldn't Thanos be hitting that while Darkseid was hitting Thanos? Aaaaahhhh! My brain!

Ultimate Houde said:
Who wouldn't hit Death from the Endless.
Click to expand...